There is an event that every principal anticipates with varying degrees of trepidation. It is something students are excited and nervous about as well: the year-opening school letter telling kids who their teachers are going to be. 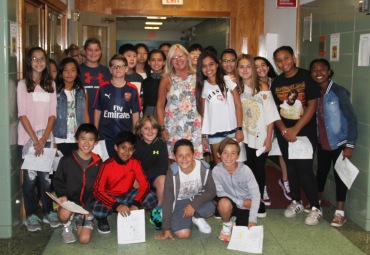 Students are eager to know who their new teachers are and which friends will be in their classes. Principals are nervous because students and parents sometimes complain about the teachers they are assigned or not having certain friends in their classes.

For the past 15 years as the middle school principal, I have employed an interesting approach to this dilemma. Much of students’ unease about their teachers is based on information they’d get from other kids and 99.9% of it wasn’t true: This teacher gives too much homework. That teacher gives detention. The other teacher is mean. So instead of sending students their entire schedule prior to the first day of classes and create this apprehension, we would send home letters—now emails—just three or four days before school commenced, telling them to which room they should report on the first day of school. I knew that when students had a great experience on the first day of school, and they realized how nice everybody is, it would mitigate any anxiety they may have before opening day.

hool. I tried to make the case to stick with the prior system but it was no use. I will admit; I thought this plan was going to be a disaster. If I received fifteen complaints before school began in previous years, I was convinced that this year I would receive hundreds!

But the opposite happened.

This was the smoothest school opening we have ever had. I handled only one or two concerns from parents, and kids arrived on day one happy and excited for a new year. A system that I had expressed considerable allegiance to was simply wrong. To paraphrase Walt Kelly’s Pogo comic strip, “We have met the enemy and it is us.”  It turns out that the drama surrounding students and their schedules was created by me! Not knowing who their teachers were or if they had classes with any of their friends, students and parents writhed in uncer 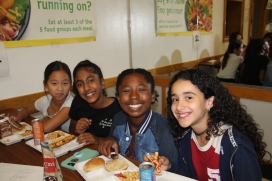 tainty and anxiety in the days prior to school. We are weeks into the new school year, and I continue to ponder the fact that I could hold such a deeply rooted idea of the “best way” to do something and been so utterly wrong.

This experience illuminates the dynamic and exciting nature of school leadership. It has me wondering what other assumptions need to be challenged about the way things are done. How about you? Are you subjecting all of your school’s practices to the highest level of scrutiny?

Middle School Principal Jericho, NY
View all posts by dfgately →
This entry was posted in Uncategorized. Bookmark the permalink.

3 Responses to About assumptions: Being Wrong Isn’t Always Bad