In these uncertain times, I can barely pay attention long enough to make myself a cup of tea, “Hmmm …  I wonder if we have cheese?” So, at the conclusion of what was week 4 of captivity, I’m still not focused.  I’d like to just to share some random thoughts:

Do you know that Amazon Alexa has a “skill” (it’s like an app) for farts? Amazon claims it is the #1 App in the world.  You would know this if you had high school age kids who’d finished their remote schoolwork and had already asked you 17 times, “When’s dinner?”. If you’re my age,  it’s funny for about 23 seconds. If you are their age, you beg your parents to pay the dollar to buy the “skill” that has 30 minutes of every variety of farting. Our answer was a “hard no” by the way.  Don’t buy it. If you already own it, shame on you. On that subject, I can’t resist. Funniest joke I’ve heard about this: “I used to cough to disguise the sound of my farts. With coronavirus, now I fart to disguise my coughing.” 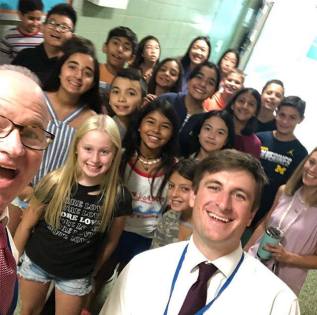 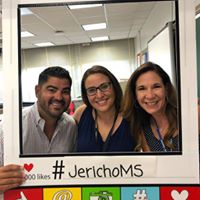 When you watch the other people in Zoom chats and Google hangouts from their homes, does it make you feel like your interiors need a makeover? I’m not talking about celebrities. I expect Kelly and Ryan to have spectacular kitchens, but my kid’s music teacher!?  I’m trying not to let my wife see some of these, she’ll have me ripping down walls and I’ll be knee-deep in sheetrock when the call comes that it’s time to go back into the school building.

On a similar topic, it’s so sweet to see everybody’s kids saunter into the screen during virtual live chats. The babies are so cute.  Middle school principal, Christine Dragone, is killing it in her morning announcements, recognizing students’ birthdays while her infant son applauds in her lap.  When we have administrative cabinet meetings, one of our colleagues has a constant stream of children wandering in and out of the screen. I’ve never seen the same kid twice in the background. Can he really have that many kids? It’s like he’s growing his own college football squad over there, defense and offense.

I have other thoughts but I don’t want to get between you and your handwashing.