I recently asked my wife, born in Queens and raised on Long Island:

“If we had moved out of state before the pandemic, would you watch the New York governor’s daily press conferences just to keep your NY accent in practice?”

“Don, you don’t have to worry about losing your New York accent.”

There’s little disagreement that the Long Island twang can be most clearly detected while standing in line at the bagel store where residents of Nassau and Suffolk can be heard ordering “cawfee”. That so much of it is drunk around here makes it easy for residents to practice saying “coffee” 4-5 times a day. Kids from Commack and Rockville Centre may try to cast off regional pronunciations when they go to college in the fall but they’ll give themselves away every time they order their caffeine beverage of choice at the food court.

Such unanimity of opinion doesn’t exist around the Brooklyn brogue.  There was a sign on the Brooklyn-Queens Expressway with a time-honored borough expression that would certainly be a “tell” if you heard somebody use it: “Fuhgeddaboudit”: 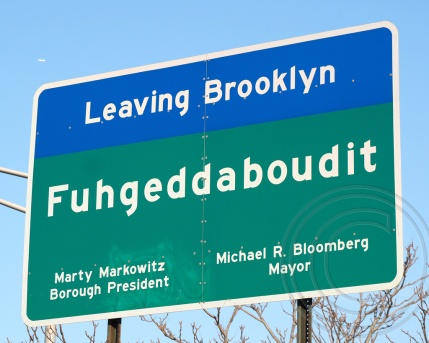 “Fuhgeddaboudit” was even added to the Oxford English Dictionary. But, I would argue that, although this expression is not rare in the borough, you’d likely hear it at least twice if you walked Flatbush Avenue from end to end (probably uttered by somebody in line at Junior’s), 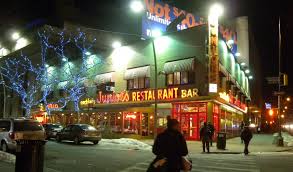 this elision of “forget about it” is an extreme expression of the form.  Although she lived her entire life in Brooklyn, my mother never would have said “Fuhgeddaboudit”.

There’s “coffee” of course, and any word ending in “r” (beer, car, for), but I’d like to make the case for “dog”.  If you want to learn if an individual is from Brooklyn, note how he pronounces the label for this furry canine friend. Something about that little vowel in the middle of this short word gets the full Brooklyn treatment. Having spent my formative years in the borough, this is a distinct liability for me.  I am a habitual user of “voice to text”. My name is “Don”.  Whenever drafting an email or letter, when I sign off a message, Dragonspeak or Apple transcribes it as “Dawn”.  Every. Single. Time. And in haste, I often neglect to correct it,  “Why am I getting an email from Tony Orlando’s backup singers?” (sorry, boomer joke).

So much attention being paid to the New York accent at this time.  Maybe artificial intelligence will catch up with my Brooklyn diction. 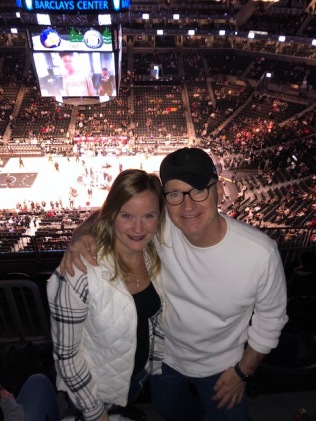