When it comes to writing, everybody has their own processes. Here are some things that are working for me:

Write something, there’s always something. Jake Tapper, a reporter for CNN, published a book of historical fiction last year. It’s a political thriller set during the McCarthy era. Tapper is a guy who travels around the country in his role as a journalist. It’s rare that you turn on CNN any time of the day or night, weekdays and weekends, when you do not see Jake Tapper on the screen. It’s both intimidating and impressive that he found the time to write this book. It hardly seems fair. I heard him interviewed during the promotion for the book and he described his process, “I tried to write 1500 words every day. I would write whenever the time presented itself to me. You’d be surprised how much you can write when you do it when opportunities present themselves.”  I’m not sure I have available to me the same resources that he does. I drive my own car and I don’t fly a lot so I’m not trapped on a plane with just my laptop and few distractions. I also don’t have an editor. I occasionally ask my wife to proofread my work but it’s not her paid gig. So committing to 1500 words a day for me, and probably for you, is quite a challenge. 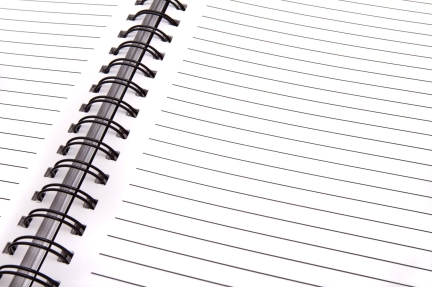 I can’t follow Jake Tapper’s guidance entirely but I might adapt it slightly.  When the opportunity presents itself, write something.  I once complained to my wife that I feared I might not have anything about which to write, she replied with one of the best pieces of advice I ever received about writing, “There’s things Don, there’s always things.”   As a former English teacher, I know that your first draft is just that, a first draft. You’ll come back to your writing and make it better. Just write something. I keep all my drafts in one Google Doc and don’t worry about how my initial pieces sound. I know I’ll go back to them and edit later. Writing is rewriting.

Sweating helps. One problem with the “Pad Tip” from the previous post, what to do while exercising? Due to something scientific having to do with charging  neurons, my best ideas come upon me when I am exercising, especially running or riding my bike. So many great thoughts occurred to me on a 45-minute workout yesterday on the Peloton but I was too sweaty to write them down. Besides, I didn’t want to stop my workout and lose traction in an already futile attempt to keep up with my wife’s stats (the Peloton keeps track!).  I’ve learned to keep a pad next to the bike, the treadmill, or wherever you sit to remove your sneakers after a run; record all the inspiration you had as soon as you finish your workout.

Drop your post at the same time or day of the week or the month.  This idea I got online someplace, I can’t remember. I time my posts to go out at 7 AM each morning. There’s a consistency to this that the 2 or 3 people who are reading my posts appreciate, one of them is my brother, the other one is my wife, so I have to keep them on my good-side.

I’ve got a couple more ideas, I’ll post them tomorrow, at 7:00am. Meanwhile, write something, there’s always things.